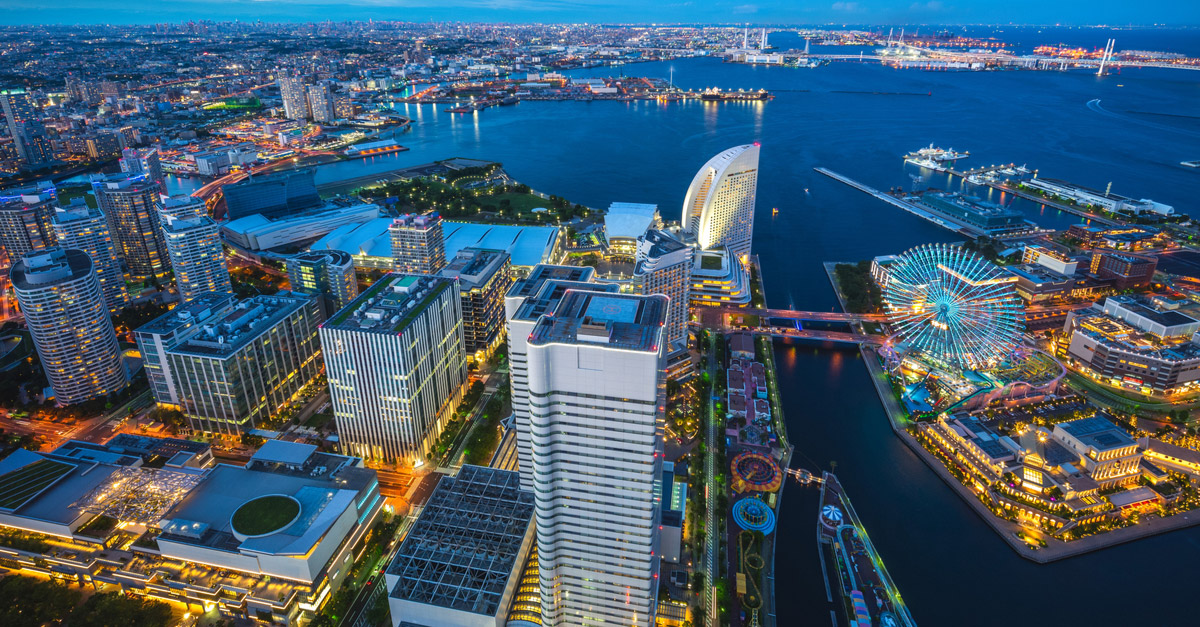 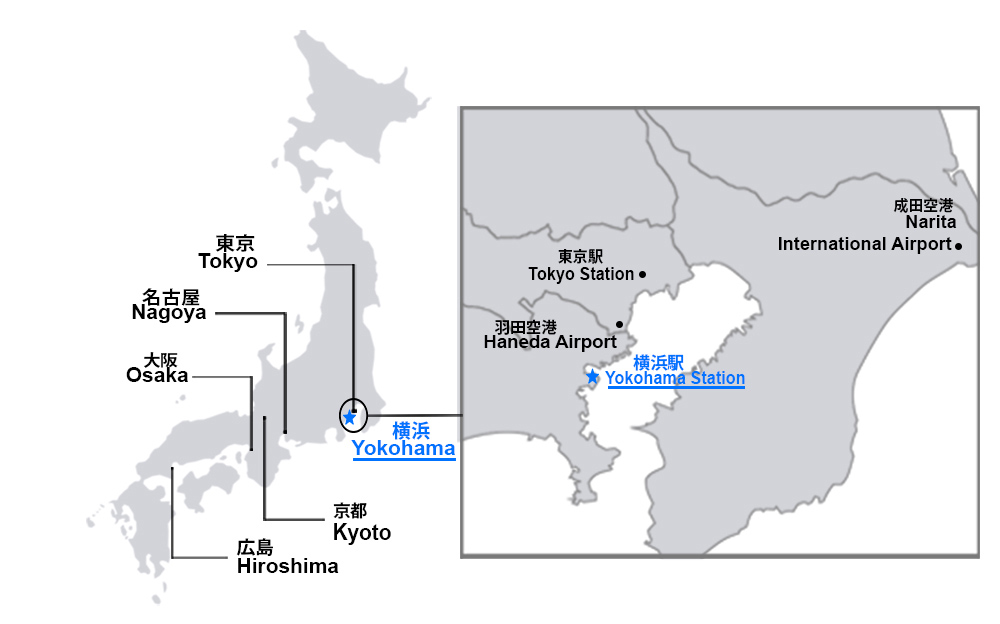 Located 30kms south of Tokyo, the capital of Japan – Yokohama is a beautiful port city. The Port of Yokohama was opened in 1859, when Japan decided to open its doors to the world. Starting out as a small fishing village with approximately 100 residents, Yokohama has vigorously acquired new cultures, technologies and information from foreign countries. This has led to the belief that Yokohama is the birthplace of Japan’s modern culture. 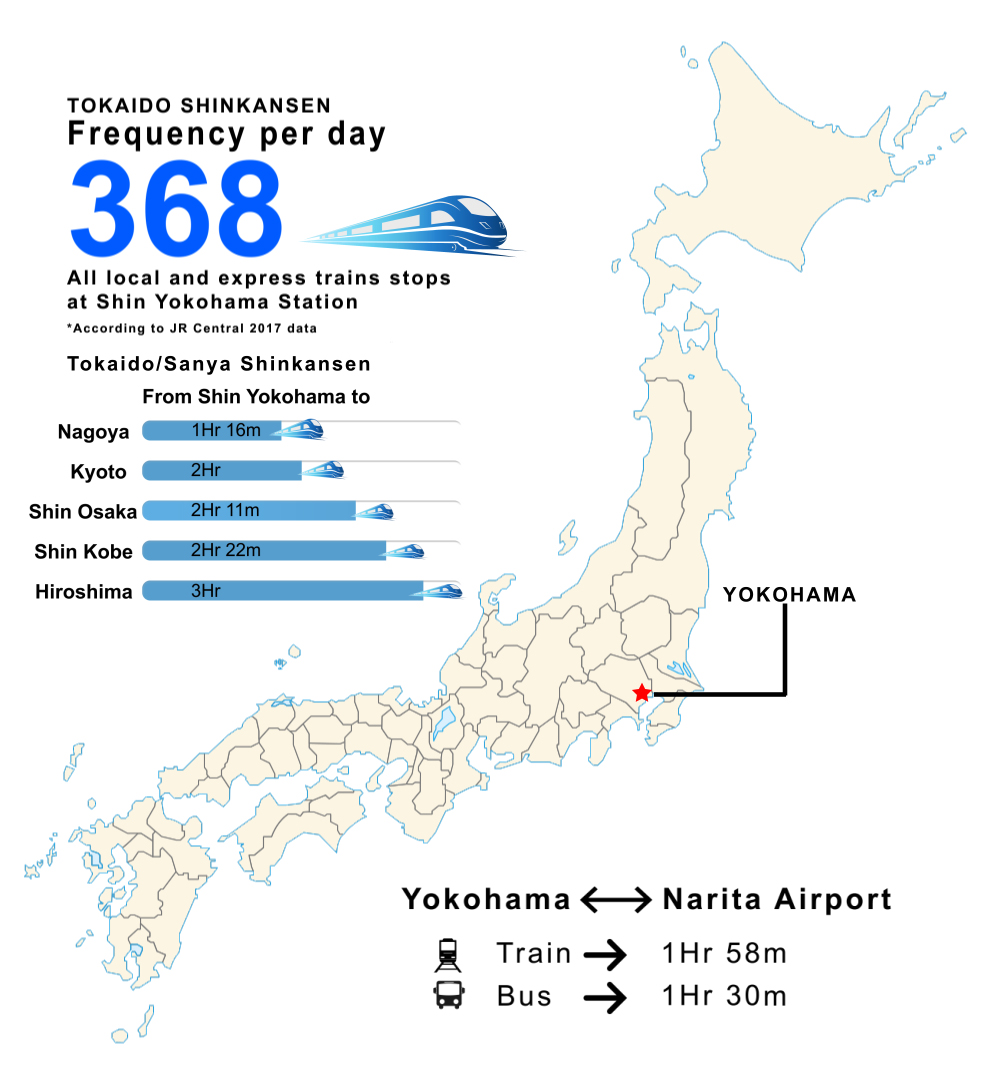 The city has been supporting the modernization of Japan through the development of the port. The port engaged in trade between Japan and India. Raw cotton was one of major commodities imported from India. The 1960s and 70s saw Yokohama as a dormitory town to Tokyo, thereby causing a population explosion. This also caused the city to face serious urban challenges such as traffic congestion, air and water pollution, increasing solid waste. The city battled these issues for a while and gradually resolved them by implementing its overall urban development plan, building social infrastructures. The city has evolved to be the largest city in Japan with a single municipality and a population of 3.7 million. Yokohama is pretty popular among Japanese tourists and has a lot of popular sightseeing spots. For example, the Sankeien garden is Japanese style garden produced by Mr. Sankei Hara, who made a fortune in raw silk trade. Sir Rabindranath Tagore - a great poet and philosopher in India, has been known to have stayed in one of the Japanese traditional houses at the park for a few months in 1916. Besides this, Minato Mirai area, China town, Osanbashi Pier, etc. are popular among tourists. 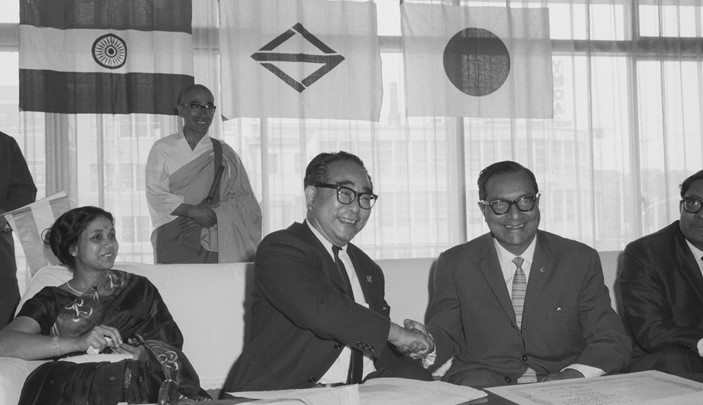 In 1965, owing to the efforts of the Indian community in Yokohama, the two cities concluded the first sister city agreement between Japan and India. The two cities have shared various cross-cultural events and business relationships since then. In June 1967, the Mayor of Mumbai and his wife visited Yokohama for the signing ceremony of the sister-cities agreement. The objective of signing the sister-city agreement was to advance exchange between the two cities in areas such as cultural, technological, business, educational, administrative etc. In May 1985, on the occasion on the 20th anniversary, Yokohama received two elephants as gifts from Mumbai. Between September-November 1995, on the 30th anniversary, missions were exchanged. 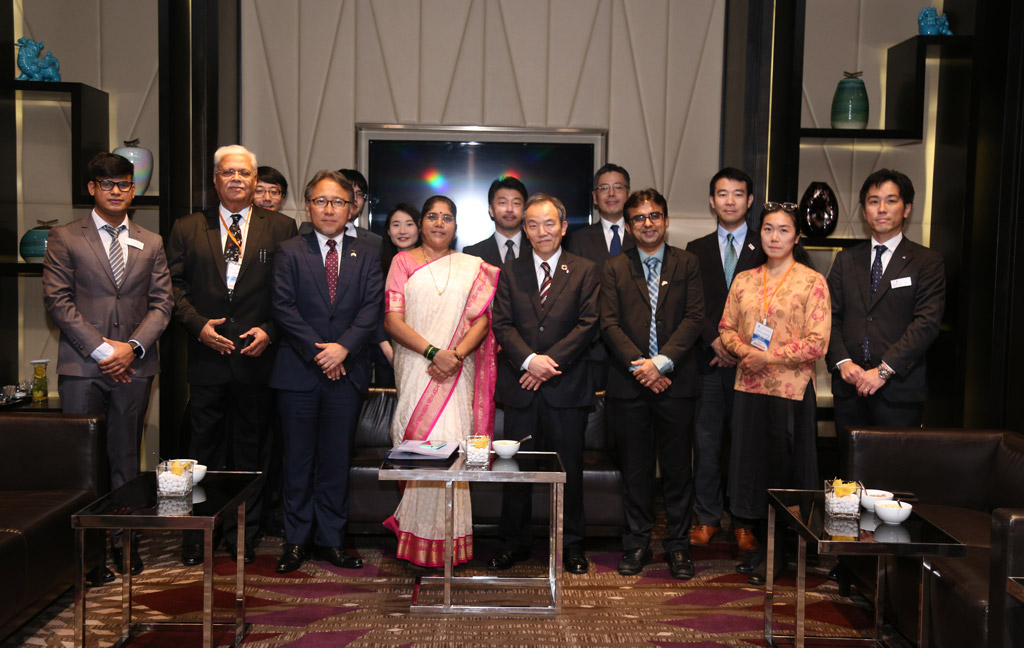 Since the signing of the sister city agreement, there has been a continuous dispatch of delegations from both cities, not only from the city office but also from the citizen’s group. Commemorative events have been held periodically every five years. In the year 2015, the two cities celebrated the Golden Jubilee - 50 years of this Sister-City partnership. In June 2015, the Mayor of Mumbai - Ms. Snehal Ambekar was invited to Yokohama to meet the Mayor of Yokohama Ms. Fumiko Hayashi and participate in the 50 years’ celebrations. Subsequently, Yokohama’s partner, the MCGM too hosted celebrations in November 2015 for the golden jubilee at the Taj Mahal Palace and Towers, which was attended by the official delegation of Yokohama city headed by the Chairman of Yokohama City Council.